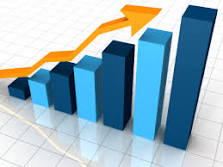 If you are interested in “the order of things,” as Malcolm Gladwell titles his smart article  (subscription required) on college rankings, you will be very keen to read this article appearing in The New Yorker. The central argument is about the validity of the U.S. News rankings criteria and its ability to drive sane university presidents insane. The U.S. News magazine no longer exists but the appetite for these sundry rankings of colleges, law firms and hospitals, and more, is unsatiable.  When the 2011 rankings on the Best Colleges were released, the web site saw more than 10 million visitors that month. As Gladwell says, the head of the rankings team — Robert Morse — sits atop an entire  industry that invented itself.
Gladwell goes through arguments one by one to point out the arbitrariness involved in picking  the best colleges. He says, “There’s no direct way to measure the quality of an institution–how well a college manages to inform, inspire, and challenge its students. So the U.S. News algorithm relies instead on proxies for quality–and the proxies for educational quality turn out to be flimsy at best.”

Ultimately Gladwell gets to the key point. He quotes Michael Bastedo, an educational sociologist at the University of Michigan, who has spent time analyzing the U.S. News methodology. Bastedo says it simply, “rankings drive reputation.” I could not have said it better — in three words no less. The professor also says, and I wholeheartedly agree, that sometimes rankings do work. He cites two good examples — asking professors in a field to rate others in the field makes perfect sense since they probably read what their peers are writing, saying and doing while training students. Or he says that rankings work when the subjectrequires specialized knowledge such as the Wall Street Journal college rankings based on what corporate recruiters are seeing from graduating seniors looking for jobs.

But as we all know and intuit for the most part, rankings are very subjective and depend on who you are asking, how the attributes are worded, weighted and ordered. Gladwell’s article is a good read because it becomes immediately clear that many variables go into what makes something number one and it is very likely to be not what you are looking for as a filter.

There is no doubt that there is a vicious loop today where rankings drive reputation and reputation drives rankings. Despite this insightful knowledge from Gladwell, we all still have to compete according to the standards and rankings of the day. Alas, have to go and fill out an application for something right now. I might just win.