Best Companies to Work For — Some Insights

Best Companies to Work For — Some Insights 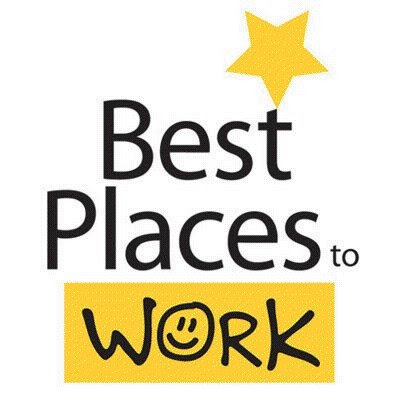 As reputation watchers, we are always watching the big barometers of reputation such as Fortune World’s Most Admired Companies and its sister, Fortune‘s Best Companies to Work For (BCTWF).  Below is an analysis and comparison of data points examined on the Fortune Best Companies to Work For list between the years 2006 and 2011. Even further below is some analysis on LGBT offerings, healthcare benefits, job and job sharing growth and other unusual benefits as factors in the 2011 winners of the workplace.
All Data 2006-2011

LGBT As a Factor

Health Benefits as a Factor

Major corporations at Davos this year came together for the World Economic Forum Workplace Wellness Alliance. The Alliance consists of 31 companies committed to advancing wellness in the workplace. Goals of the alliance include knowledge sharing and developing and promoting the use of standardized metrics to create a global standard of wellness, hopefully increasing worker productivity. Looking at health initiatives for Best Companies, after rising from 2006 to 2008, 100% paid healthcare was in decline from 2008-2010.  2011 saw the first uptick in two years moving from 13% to 14% of Best Companies but still not near the peak of 21% in 2008. While 100% paid health seems like a luxury not all companies can afford, a healthy work force can be a powerful tool that may make the investment worthwhile. On a similar note, only 59% of Best Companies offered subsidized gym memberships in 2008 compared to a whopping 78% in 2009. The number of Best Companies with subsidized gym memberships has fallen in the past two years, but far from pre-2009 levels (currently 71%). Best Companies are still trying to keep their workforce fit and healthy even in the wake of a recession which demonstrates that employee health is a staple of a great workplace.

Unusual Perks as a Factor

Recently, more employers have been offering not only physical health perks, but mental health programs as well for their employees. Health isn’t confined to gym and fitness centers. Companies like Zappos.com offer employees an on-site resident “life” and “goals coach” that advises employees on work/life balance and discovery of  higher meaning in their lives (sounds awesome, right?). Defense contractor SRC/SRCTec offers employee-led support groups that focus on alleviating the stress of caring for an aging parent. And starting with a yoga room at Ebay in 2008, the idea of peaceful exercising is re-emerging in 2011 with Intuit’s free Yoga, Pilates and Zumba (Latin-inspired dance fitness–first time I heard of this, oops) classes.

While perhaps a reflection of the economy, average job growth at the Best Companies ticked up slightly after falling to its all-time low of less than 1% in 2010. Traditionally, average job growth for Best Companies had hovered between 7% and 9% (between 2006-2009) before falling sharply in 2010. For the Best Companies, average voluntary turnover also moved in a similar direction. Voluntary turnover fell from almost 12% in 2009 to 7% in 2010 where it has remained flat through 2011. The past three years have proven to be difficult for the unemployed, perhaps pushing more workers to hold onto their positions.

Job sharing reached its zenith in 2007 with 71% of Best Companies offering such a program. The offering steadily declined for the next two years with a small surge in 2010, but ultimately falling to a five-year low of 56% in 2011. Job sharing may be on the decline lately as more Americans are pressed for income, looking for full-time employment as a suitable solution.

[Many thanks to Ross W for his help on this.]